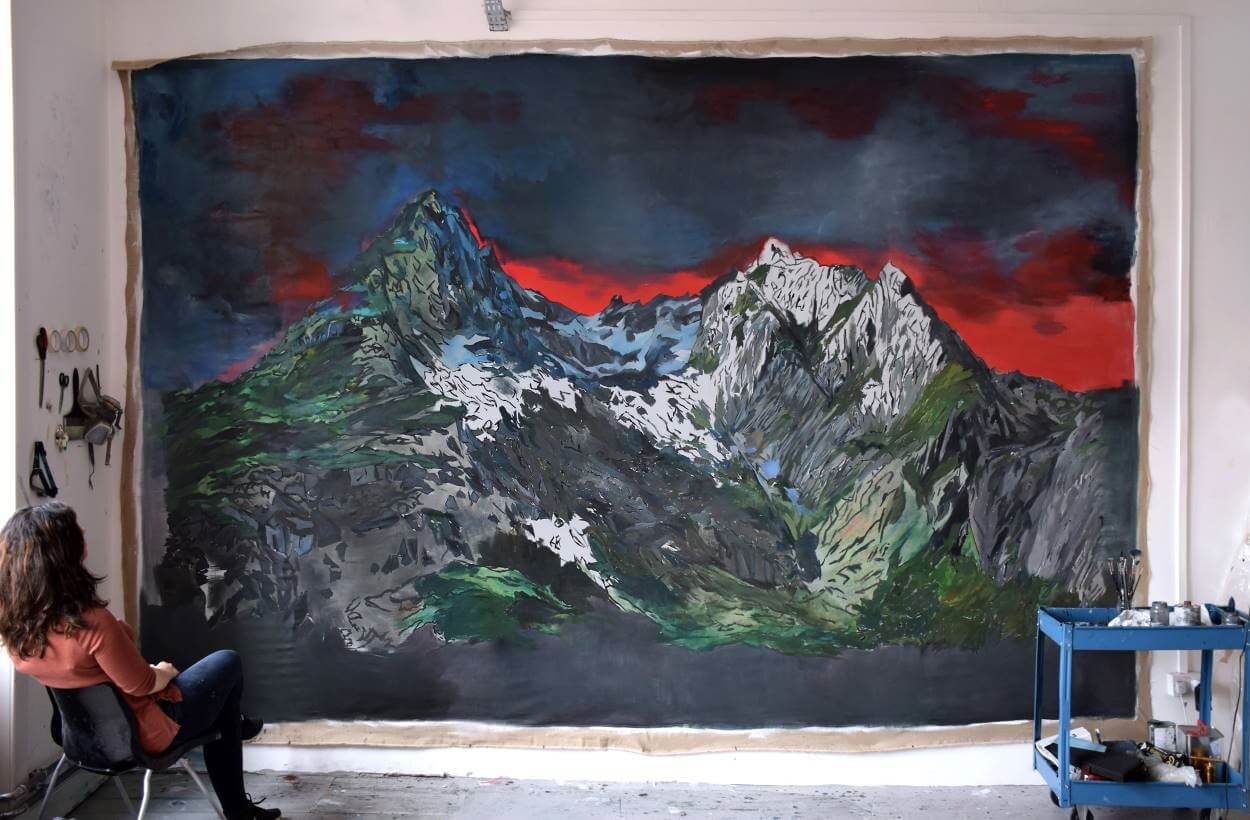 Working with climate change scientist Professor Gareth Phoenix and Sheffield creative studio Virtual Pixel, Arantza Pardo has created stunning artworks that reveal the damage to Arctic ecosystems caused by extreme weather events. Hold your phone or tablet up to a painting to discover the science behind the image.

“The project is inspired by the emblematic Garden of Earthly Delights by Hieronymus Bosch, composing two paintings: a visible one, an immersive large scale green Arctic landscape; and a hidden one, the truth, which is revealed when the visitor puts any device close to the painting.”

The paintings are also viewable from home via the Uncertain Awareness augmented reality (AR) app, available on mobile devices.

Here you can watch a film about this ambitious and inspiring, mixed-media art installation: